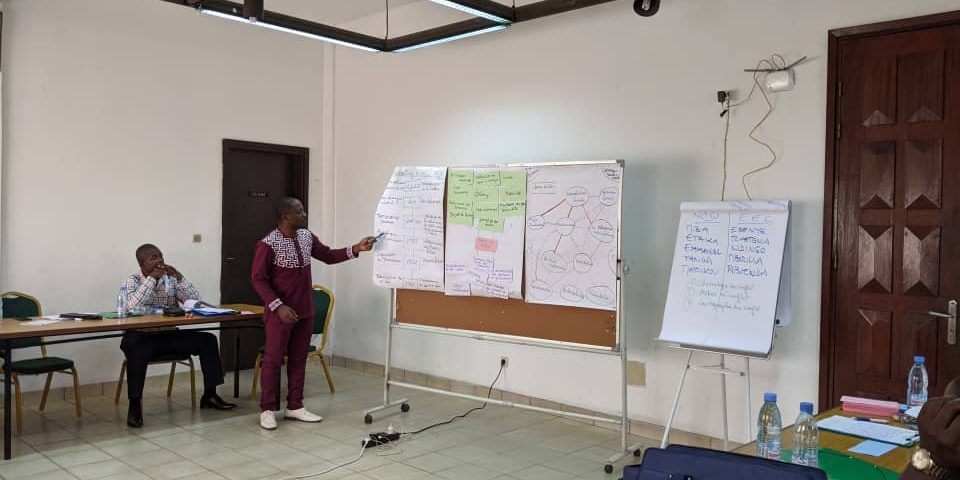 The three day workshop on the concept ” Do No Harm”(DNH), organized by the Council of Protestant Churches of Cameroon (CPCC) at the headquarters of “Union Des Eglises Baptistes du Cameroun” in Douala, has ended with great recommendations.

The project which is sponsored by the Civil Peace Service (CPS), brought together ten key leaders of CPCC member churches from the West and Littoral regions of Cameroon.

In two days, participants used the conflict analysis tools of DNH, conflict tree, conflict timeline and conflict mapping to examine the crisis in the North West and the South West, the prolonged leadership conflict at Eglise Evangélique du Cameroun.

With the output produced, the participants recommend that, the workshop on “Do No Harm” be extended to all CPCC member churches, involving all stakeholders. In addition, the participants suggest that seminars on DNH should be organized in all Protestant Theological schools.

The participants leave Douala with a strong commitment to share the knowledge acquired with members of their respective groups and parishes, and to be true embodiments of the “Do No Harm” concept.

Closing the workshop, the Secretary General of CPCC, Rev Dr Paul Ngando Mbende promises, with the support of the CPS to do his best in bringing peace in the CPCC churches through the DNH approach.

The three days training on DNH was facilitated by John Essobe of CPCC and Florentine Nekdem Fandio of CPS. The next rendez-vous shall be from June 20th to June 23rd 2021, with eight influential religious leaders in Buea.